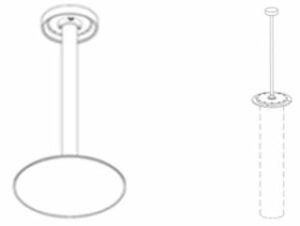 The EU General Court upheld a decision declaring a lamp design invalid because it gave the same overall impression to the informed user as an earlier design. As there was a very wide degree of design freedom in lamp designs, it did not matter that the earlier design was for a garden lamp rather than an indoor lamp, given the similarities. Nor did it matter that the garden lamp featured a convex base with holes in it, rather than a solid flat base, which would usually be hidden in use, as those differences did not offset the same overall impression (Davide Grouppi Srl v Viabizzuno Srl Case T-187/20).

Software and the Commercial Agents Directive

The CJEU ruled that the concept of “sale of goods” under the Commercial Agents Directive can cover the supply, in return for payment of a fee, of computer software to a customer by electronic means where that supply is accompanied by the grant of a perpetual licence to use that software. Goods are products which can be valued in money and which are capable of forming the subject of commercial transactions, and that equally applies to software. It makes no difference whether the software is supplied on a tangible medium or, as in this case, by electronic download. In 2018 the Court of Appeal decided that software supplied electronically and not on any tangible medium did not constitute goods for the purpose of the UK’s Commercial Agents (Council Directive) Regulations 1993, which implemented the Directive in the UK. The case was appealed to the Supreme Court, who referred the question to the CJEU (The Software Incubator Ltd v Computer Associates (UK) Ltd Case C-410/19 EU:C:2021:742).

The Court of Appeal ruled that an artificial intelligence machine cannot be an inventor and also (by a 2:1 majority) that the machine owner cannot apply for a patent for such an invention created by a machine. Only a natural person can be an inventor under the Patents Act 1977 (Thaler v Comptroller General of Patents Trade Marks and Designs [2021] EWCA Civ 1374).

The UK Government published its response to the House of Commons Digital, Culture, Media and Sport Select Committee’s report on the economics of music streaming. The inquiry considered the impact of music streaming on the artists and companies that make up the music industry and “examine[s] the long-term sustainability of the industry itself”. According to the report, “streaming needs a complete reset”. In its response, the Government acknowledged that copyright may not have kept pace with the changes brought about by streaming and would gather further information. For details of the recommendations, see our article here.

Prior Reputation, Passing Off and Trade Mark Infringement

Here’s a telling reminder to always research the date on which a potential opponent used the mark complained of, in case they have earlier rights in it. A claimant claiming trade mark infringement and passing off against another party using the same ARCHANGEL ALCHEMY trade mark for spiritual educational courses ended up having their trade mark cancelled and being found liable for infringing the defendant’s common law rights in passing off, as the defendant had actually used the same mark for several years prior to the claimant (Stone v Wenman [2021] EWHC 2546 (IPEC).

Stuntman Evil Knievel’s son lost his trade mark infringement action against Disney in the US relating to the stuntman character Duke Caboom in Toy Story 4. The judge held that the character was “not a carbon copy of Evel Knievel minus a few details” but represented Disney’ expression in the film, and that Disney had not attempted to imitate Evel Knievel.

New ruling on the subsistence of copyright in characters