Merck Global and Merck US (a subsidiary which became independent of the group after World War I) were back in the High Court again following Merck US’ use of MERCK on the internet (a co-existence agreement had required both companies to only use MERCK as part of their full names in the other’s territory). The judge partially revoked Merck US’ trade mark relating to pharmaceuticals, using the British National Formulary to decide the categories of pharmaceuticals for which the trade mark had been used. Use in the course of trade does not require actual sales, but rather a material link between the goods/services and the undertaking providing those goods/services. Use of MERCK on various websites, social media and email addresses was therefore found to be infringing use.

SPCs for Medicinal Products and Patents

The CJEU held that “a product is protected by a basic patent in force, within the meaning of Article 3(a) of Regulation No 469/2009, if it corresponds to a general functional definition used by one of the claims of the basic patent and necessarily comes within the scope of the invention covered by that patent, but is not otherwise indicated in individualised form as a specific embodiment of the method of that patent, provided that it is specifically identifiable, in the light of all the information disclosed by that patent, by a person skilled in the art, based on that person’s general knowledge in the relevant field at the filing date or priority date of the basic patent and on the prior art at that date” (Royalty Pharma Collection Trust v Deutsches Patent- und Markenamt).

The company behind the well-known OREO chocolate biscuit succeeded in challenging the registration of the image of chocolate biscuits shown below as an EUTM before the EU General Court. Despite the biscuits having a low degree of visual similarity such that there was no likelihood of confusion, the mark applied for took unfair advantage of the distinctive character and repute of the OREO biscuit trade mark (T-677/18). 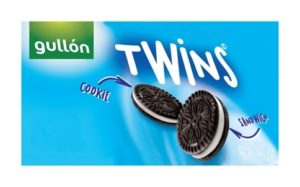 While it is possible to obtain an injunction to prevent misuse of confidential information even where the defendant did not know that the claimant had not authorised their use of the information, “sufficient knowledge” is required in order to claim damages for the misuse (Media Entertainment NV v Karyagdyyev).

Plants and Animals Obtained by Biological Processes, and Patents

The Enlarged Board of Appeal of the European Patent Office issued an opinion confirming a change in approach so that Article 53(b) of the European Patent Convention should be interpreted as excluding patent protection for  plants and animals exclusively obtained by essentially biological processes (G 3/19 Pepper).

Games company Gameloft SE successfully defended a challenge against its EUTM application for CITY MANIA by adp Gauselmann GmbH who owned an earlier trade mark for CITY LIGHTS, both covering computer games. The General Court found that the word “City” had weak distinctive character, and given that a significant part of the relevant public would understand the different meanings of the words, the differences outweighed the similarities between the two marks.

Global Brand Holdings, LLC was unsuccessful in its application to protect XOXO as an EUTM for various goods including fragrances and clothing (but obtained registration for retail services) because the relevant public would perceive the mark as meaning “hugs and kisses” and that the mark would be seen as a promotional statement expressing love and affection rather than as an indication of origin.

The estate of author Richard Adams obtained an injunction and an interim damages award of about $100,000 in the English IP Enterprise Court against an individual called Martin Rosen who had purported to own all the rights in the novel Watership Down. 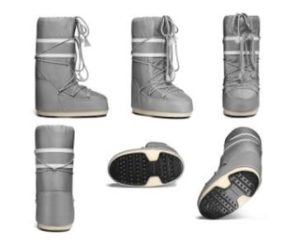 Following the theme of the Gömböc Case we reported on last month, where the CJEU told us that trade mark rights should be assessed independently of other IP rights, the EUIPO Board of Appeal held that the moon boots shown above were non-distinctive for class 25 goods so that their shape could not be protected by a trade mark. This was despite the fact that the Italian Court had upheld copyright subsisting in the design, which had won several design awards and was exhibited in the Louvre in Paris (R 1093/2019-1, Shoes (3D)).

The UK has an uphill battle to persuade the EU to continue to give GI protection for well-known regional British products such as Stilton cheese and Cumberland sausages because the Withdrawal Agreement requires the UK to protect EU GIs but does not place any reciprocal obligation on the EU to protect UK GIs.