Following the ground-breaking decision of the CJEU last year in Cofemel that originality is the only criteria to establish copyright protection, the Court has now ruled that copyright can still subsist in products whose shapes are necessary to obtain a technical result, as long as their shape is an original work resulting from intellectual creation. The shape must express the author’s “creative ability in an original manner by making free and creative choices in such a way that that shape reflects his personality”. The case involved the shape of the well-known Brompton folding bicycle. 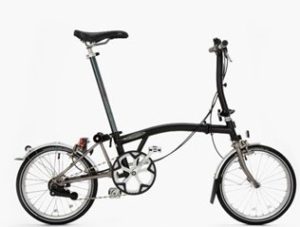 A majority decision of the Supreme Court has overturned the Court of Appeal’s judgment and found Regeneron’s patents for mice used for the development of human antibodies invalid for insufficiency. A patent claim should be enabled across its whole scope, and the Court found that the patents did not enable the skilled person to “make” the mice across the whole range claimed. The principle that a patent should enable substantially all products within the scope of a claim at the priority date was part of the “bedrock” of patent law. Regeneron were claiming a monopoly which was much wider than the range of mice which could be made at the priority date (Regeneron Pharmaceuticals Inc v Kymab Ltd [2020] UKSC 27).

Where an interim injunction is refused because damages would be an adequate remedy, costs of the unsuccessful application should be assessed and awarded immediately, rather than being reserved to the trial judge. The Court of Appeal subsequently rejected an appeal against the refusal to grant the interim injunction, finding that a downward price spiral was unlikely in the 4 months prior to the full trial (Neurim Pharmaceuticals v Generics UK Ltd).

The High Court has upheld a hearing officer’s decision to allow an opposition by the owners of the PDO for Prosecco against an application to register a figurative mark including the word Nosecco for non-alcoholic wines. The hearing officer was entitled to find that the PDO would be evoked and that there was a sufficiently serious risk that a consumer would be deceived into thinking the defendant’s goods were dealcoholised Prosecco.

The EU General Court found that the Board of Appeal had been wrong to reject an application for a  figurative trade mark featuring the words “OFF-WHITE” by the clothing brand of that name on the grounds that the words were descriptive of the goods to be covered. The rejected application covered accessories such as watches, sunglasses and pillow cases. Whilst the words “off-white” would be perceived by consumers as a reference to a colour, that colour was not a characteristic “objective and inherent to the nature of the goods in question” or “intrinsic and permanent for those goods” as required by case law. The aesthetic value of the colour should not be considered as a factor to determine how the public would perceive the mark as a whole as that would involve a subjective assessment which would vary based on consumer preference.

A dispute between former members of the band Love Injection came before the IPEC, following earlier trade mark proceedings before the UKIPO where the Defendant’s trade mark for the name he had been using for his version of the band following a split up of the original band, LUV INJECTION SOUND, was rejected on the grounds of passing off and bad faith. IPEC struck out most of the Defendant’s defence to the passing off claim brought by the Claimant on the basis that the UKIPO had already decided the issue of passing off in the earlier invalidity proceedings. Other claims will proceed to trial.

While the EUIPO and Board of Appeal are required to examine facts of their own motion on applications and oppositions when considering distinctiveness, the burden of proof is on the applicant in invalidity proceedings to overcome the presumption of validity. Nevertheless, where, as here, the applicant had adduced evidence relating to the commonplaceness of a chequerboard pattern as used on bags, the Board of Appeal was entitled to supplement those facts with well-known facts which the examiner may have omitted to consider at the time of registration. However, the General Court annulled the Board of Appeal’s decision to uphold the declaration of invalidity because it had failed to assess all the relevant evidence of use in support of acquired distinctiveness (Case T‑105/19).

The US Supreme Court held that the addition of .com to a generic word (in this case booking.com) can make the mark distinctive as it identifies the source of goods.