The Court of Appeal overturned the trial judge’s decision in Skykick by holding that it is not bad faith to apply for a broad specification (in this case “software”) where there was an intention to use a specific type of good or service which fell within that specification (e.g. a specific type of software). Nor does the fact that a trade mark applicant apply for a wide range of specific goods or services have any bearing on whether a specific item was filed in bad faith. A lack of intention to use on its own does not constitute bad faith (Sky Ltd and Ors v Skykick, UK Ltd and Anor [2021] EWCA Civ 1121).

Interference with Freedom and Causing Loss by Unlawful Means

The Supreme Court held that it was a necessary element of the tort of causing loss by unlawful means that the defendant interfered with the liberty of a third party to deal with the claimant (known as the “dealing requirement”). Essentially the NHS sued the manufacturers of a drug for forcing them to pay inflated prices by keeping competitors off the market through false assertions made to the European Patent Office and the courts in relation to a patent for the drug. The original trial judge had been right to strike out the claim because the patent owner’s alleged unlawful acts had not affected the NHS’s freedom to deal with the owner (Secretary of State for Health and another v Servier Laboratories Ltd and others [2021] UKSC 24).

The sound of a can of fizzy drink being opened was not registrable, according to the EU General Court, because it was not distinctive and did not have any characteristics which would indicate commercial origin (Ardagh Metal Beverage Holdings v EUIPO (Case T-668/19)).

A line drawing will rarely claim an absence of surface decoration, but will usually denote just the shape of a product. The designs involved in the case related to lights – the registered designs consisted of line drawings, whereas the alleged infringing lights had ridges on the body. The judge held that the ridges could be ignored because the registered designs only claimed the shape of the lights. Bearing in mind that the informed user would take more notice of the front of the lights than the rear parts, the judge concluded that there was infringement as the lights gave the same overall impression (Lutec (UK) Ltd and Ors v Cascade Holdings Ltd and Anor [2021] EWHC 1936 (IPEC)). 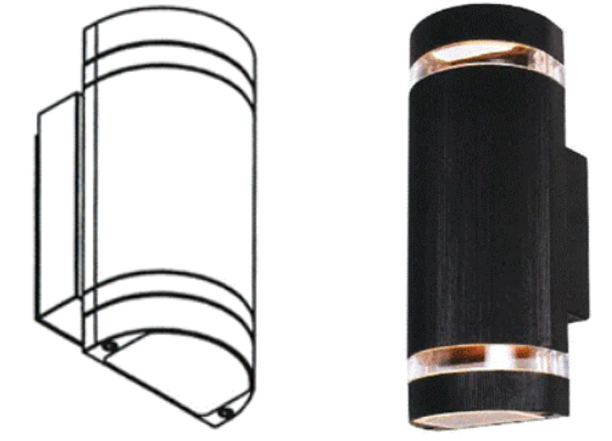 The EU General Court found that the shape of Guerlain’s lipstick would “surprise” the relevant public by its “easily memorable shape and will perceive it as departing significantly from the norm and customs of the lipstick sector”, such that it was distinctive and therefore registrable as an EUTM (Case T-488/20 Guerlain v EUIPO).

In a case concerning a patent relating to speech recognition to control television receivers (which was held to be invalid for obviousness), the judge held that where not all parts of a defendant’s method were undertaken in the UK, the court should decide where in substance the method was carried out. In this case, only subordinate steps were undertaken outside of the UK, and it did not matter to the system where they took place. Had the patent been valid, it would therefore have been infringed (Promptu Systems Corporation v Sky UK Ltd and Ors [2021] EWHC 2021 (Pat)).

The correct date for the assessment of sufficiency of a patent is the priority date, unless priority is lost, in which case it will be the date of filing the application (Interdigital Technology Corporation and Anor v Lenovo Group and Ors [2021] EWHC 2152 (Pat)).

South Africa claims to be the first country that has allowed a patent to be registered with AI as the inventor. Applications for US and UK patents had previously been rejected, but after WIPO accepted the application, the South African patent office registered the South African designation. See our September issue for how the individual behind the invention, Stephen Thaler, fared in the UK through the WIPO route.

New ruling on the subsistence of copyright in characters

The Duchess and the tabloid: copyright, fair dealing and freedom of expression in personal letters