In the latest of nine judgments relating to the litigation concerning numerous copied bandage and bodycon dresses, the judge has now assessed the damages to be paid by the defendants. He found that one in five sales made by the defendants were sales which the claimants would otherwise have made, so the claimants could recover their lost profit on those sales, and a reasonable royalty of 10% of the defendants’ net sales revenues on the rest. The judge also awarded additional damages of £300,000 (a 200% uplift on the standard damages, because the defendants had to be left out of pocket as a punishment) to reflect the flagrancy of the infringement, given the number of designs which had been copied and the duration of sales. He concluded: “Only an award of this size will be sufficient to punish them for what they have done, and to deter them from infringing again” (Original Beauty Technology Company Limited and others v G4K Fashion Ltd and others [2021] EWHC 3439 (Ch)).

In dismissing an appeal from a decision in IPEC that copyright in software was owned by the respondent, the Court of Appeal held that use of the word “confirm” in a document regarding the ownership of copyright could still give rise to an assignment of copyright, as opposed to confirming the existing ownership position. Confirmatory assignments were commonly used to put the ownership beyond doubt (Penhallurick v MD5 Ltd [2021] EWHC 293 (IPEC)). 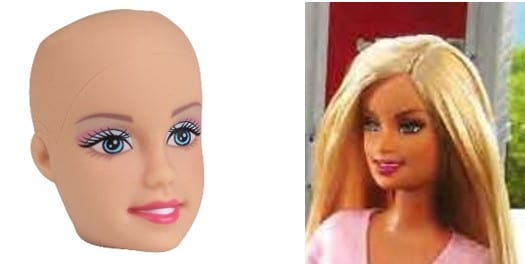 Mattel were successful in invalidating a registered Community design for a doll’s head relying on its own earlier Barbie doll design. The General Court upheld the decision of the EUIPO, stating that the shape of the face, the eyebrows and the nose were the same, and that differences in the shape of the eyes and eye make-up were minor. The two designs therefore gave the same overall impression (Jieyang Defa Industry Co. Ltd v EUIPO – Mattel, Inc Case T-84/21 ECLI:EU:T:2021:844).

Likelihood of Association, Passing Off and Trade Marks

The mark “HyVIZ Silva Mercury Reflective” was found to infringe the claimant’s trade mark for “Mercury”, in respect of equestrian products, under s.10(2) and 10(3) Trade Marks Act 1994, and amounted to passing off. The court was entitled to draw an adverse inference from the lack of evidence from the defendant as to why they chose their brand name (Equisafety Ltd v Battle, Hayward And Bower Ltd and another [2021] EWHC 3296 (IPEC)).

Nintendo were successful in obtaining blocking injunctions against the main ISPs, this time in relation to websites providing links to sites where pirated Nintendo Switch games could be downloaded (Nintendo Co. Ltd v British Telecomunications Plc and others [2021] EWHC 3511 (Ch)). Another judge has also granted further blocking injunctions to the major film studios in relation to more websites which provided links to sites which enabled consumers to stream films without the owners’ consent. This judge again found the defendants liable for authorising a copyright infringement in the form of the copies made in the memory of the consumers’ devices, an issue we questioned when reporting on the earlier judgment here (Columbia Pictures Industries Inc and others v British Telecommunications PLC and others [2021] EWHC 3438 (Ch)).

For a case where the Court of Appeal discussed the application of the collocation principle (e.g. the extent to which the collocation of two old or obvious features to produce something new can be patented) to a patent consisting of a class of molecules, see Illumina Cambridge Ltd v Latvia MGI Tech SIA and others [2021] EWCA Civ 1924.

The ® Symbol, China and Trade Marks