Rothy’s Inc, a US-based shoe designer, has succeeded in a claim against the Austrian company Giesswein Walkwaren AG, for infringement of Rothy’s registered design rights in a loafer-shaped ballet shoe.

Rothy’s claim in relation to its unregistered rights was unsuccessful, and so this case is a useful reminder of the benefits – in this case within the fashion sector – which can be obtained by obtaining design right registrations when a new product is launched. 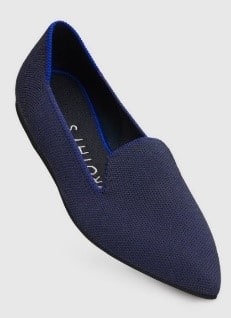 Earlier in the same month, Rothy’s had applied for and obtained a registered Community design right (the “RCD”), relating to the appearance of the Pointed Loafer shoe which it later launched. The RCD includes seven images, two of which are reproduced below: 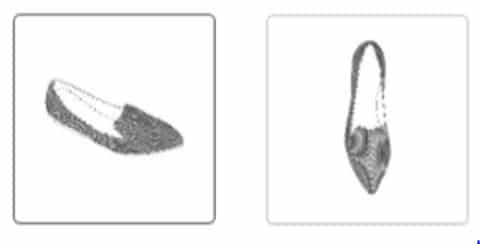 In April 2019 the Defendants, Geisswein Walkwaren AG (“Geisswien”) began marketing their own ‘Pointy Flat’ ballet shoe, three images of which are shown below. The upper part of the Pointy Flat is also made from a knitted meshwork fabric made from recycled plastics.

i. Interpreting the RCD and assessing its validity

David Stone, sitting as a Deputy High Court Judge, first considered the validity of the RCD (which was registered in November 2017 but which claims priority from a US design patent filed in May 2017).

Giesswein sought to invalidate the RCD on the basis that it did not have individual character, and its counterclaim was based on two prior designs. The two prior designs were shoes known as the Allegra K and the Bonnibel, images of which are shown below:

Before turning to assess the validity of the RCD, the judge was asked to interpret its scope, as there was a dispute between the parties as to precisely what the RCD shows.

The judge found in favour of Rothy’s in this regard, and did so solely on the basis of reviewing close-ups of the images of the RCD filed with the EUIPO. He did not take into account any of the following factors, which were all relied on by Rothy’s: (i) the shoe actually made to the RCD; (ii) the description contained within the US design patent from which the RCD claimed priority; or (iii) expert evidence (which was given on this point without permission).

The judge then went on to assess the validity of the RCD, by considering whether it has individual character over the prior designs relied on by Geisswein. A design will have individual character over earlier designs if it produces a different overall impression (although the court noted that this straight-forward sounding question hides a dense thicket of further complexity).

In relation to both prior designs, the court found that the Pointed Loafer created a different overall impression, and so it was validly registered. In relation to the Allegra K, the court noted that the Pointed Loafer differed in respect of the shape and appearance of the heel, the material of the upper, and the fact that the Allegra K did not have a counterline, which was apparent from the RCD. These differences, it was held, would strike the informed user, and create a different overall impression. For similar reasons, the attack based on the Bonnibel also failed. The RCD was therefore valid.

The test for infringement of an RCD is the ‘flipside’, as the judge put it, to the test for validity. Here, the question is whether Geisswein’s Pointy Flat creates a different overall impression than the RCD.

The judge concluded that the two give the same overall impression, and so the Pointy Flat infringed the RCD. In reaching this conclusion, he noted the many similarities between the two, including the fact that they are both pointed-toe slipper cut ballerina shoes, with a low heel, an “obvious counterline”, protruding tongue and “recognisable gussets”. The similarity which would be most striking to the informed user, he said, was that both the RCD and the Pointy Flat have uppers which are knitted from a heavy thread, which was a completely new departure for the design of ballet-style shoes.

Rothy’s therefore succeeded in its claim for infringement of the RCD.

The judge then went on to assess Rothy’s claim for infringement of its unregistered community design right (the “UCD”). The UCD arose automatically when Rothy’s first disclosed the Pointy Loafer on Black Friday in 2017, when the shoe first appeared on Rothy’s website and was publicised to Rothy’s customers by email and on its social media platforms.

The primary difference when it comes to the assessment of a claim for infringement of an unregistered Community design is that the claimant must show that the defendant actually copied the design.

The outcome of the RCD aspect of this claim is not particularly surprising. The judge held that the RCD had individual character, and the defendant’s product was found to produce a very similar overall impression to the RCD, in particular because they shared the same distinctive knitted upper.

Yet the case is a useful reminder to designers of the benefits of obtaining registered protection for their designs. Without a registered design right to rely on Rothy’s claim would have failed, despite the closeness of the designs and the evidence that Geisswein had access to (and had been inspired by) Rothy’s other similar designs.

Designers should therefore continue to bear in mind the benefits of obtaining a registered UK or a Community Design Right at the time they are coming to launch their products.