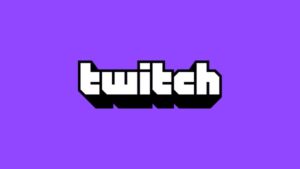 If you watch video game streams on Twitch, you may have noticed things are a little quieter recently. Last month, streamers based in the US who broadcast their gameplay on the live-streaming service Twitch started receiving DMCA strikes for playing copyright-protected music. The Digital Millennium Copyright Act 1998 regulates copyright online in the US and allows for rights owners to request that infringing content be removed from a website. In this instance, the infringing content was the numerous live broadcasts, and more specifically, recorded clips of old live broadcasts, that contained copyright-protected music playing in the background.

Twitch must act on any DMCA takedown notices it receives and, unfortunately, many streamers had accumulated a lot of clips. The Twitch Terms of Service stipulate that three takedown notices will result in a permanent ban of a Twitch account and because Twitch does not currently have the functionality for simple bulk deletion of all saved or copyright-infringing clips, many streamers entered panic mode.

The result of this has been an attempt by streamers to delete every saved clip and many have stopped broadcasting copyright-protected music whilst streaming their gameplay. Instead, streamers have now started to search for music that they can play without infringing copyright or requiring a licence. Whilst, as far as I’m aware, streamers in the UK have not yet been hit by similar takedown notices based in UK copyright law, there is a real risk that this could happen soon. Music rightsholders can be notoriously stringent on enforcement and so it is surprising that Twitch has remained off-radar for so long. With the video games industry growing at the rate it is, it appears likely that these DMCA notices are just the beginning.  Inevitably, the UK’s music industry will soon act likewise.

What is the legal position in the UK?

The practical application of copyright in the music industry is a convoluted topic, primarily because the creation of a song gives rise to multiple protections but also because the licensing regime is complex.

There are multiple copyrights that arise when an artist writes and records a song. There will be copyright protection of the lyrics as a literary work; separate copyright protection of the musical melody itself; in the performance of the song; and in the sound recording of the song as a whole.  Each of these intellectual property rights could be owned by different authors: the writer of the lyrics, the composer of the melody or their music publishers, the recording company for the sound recording, and each performer in his or her performance of the song. In the UK, copyright arises as soon as any of the works described above are created, the right does not require registration to obtain protection. Therefore, in order to broadcast a song on Twitch or anywhere else without infringing copyright in the music, the broadcaster must have permission or a licence from each individual rightsholder.

Generally, the rights in nearly all copyright-protected commercially released music in the UK are collectively managed and licensed by two organisations, which collect and distribute royalties: PPL and PRS For Music. PPL represents performers and record companies. PRS For Music is a society of songwriters, composers and music publishers. These organisations license the right to broadcast the performers’ rights and sound recordings, and the literary and musical works in songs respectively.  If a licence cannot be obtained from PPL or PRS, a company or individual must obtain a licence directly from the relevant rightsholder in order to broadcast that music to the public.

Unfortunately, these organisations do not currently offer licences that can be purchased by Twitch streamers broadcasting music with their gameplay themselves. Twitch, as the broadcasting platform, is the relevant party that needs to hold the licences available, not the streamer who is partnered, affiliated or using the platform.

Streaming platforms and the music industry

Twitch is the primary focus of this article due to its domination in the video game streaming world. According to Business of Apps, in Q1 2020 Twitch accounted for a 65% share of streaming hours viewed and 72% of total hours streamed against its rivals.  In February 2020, Twitch viewing figures peaked at just short of 4 million. It’s no surprise that the music industry is starting to crack down on mass copyright infringements to huge audiences occurring on the platform.

Twitch’s current ‘Music Guidelines’ state that creators should not be sharing content to which they do not have the necessary rights and that it is a violation of its policies to stream or upload content containing copyright-protected music without the rights to do so. In response to the recent DMCA takedown notices in the US, Twitch Support tweeted advising that users remove the relevant clips and noting in the thread that they value the work of songwriters, musicians, and other creative artists.

📢 This week, we’ve had a sudden influx of DMCA takedown requests for clips with background music from 2017-19. If you’re unsure about rights to audio in past streams, we advise removing those clips. We know many of you have large archives, and we’re working to make this easier.

The problem is that Twitch does not have a licensing arrangement in place in the UK (or seemingly elsewhere) with the relevant collecting agencies. Therefore, Twitch streamers in the UK that value their accounts must take care that they have the rights to broadcast music to their audience and take even further precautions with any saved clips that contain music.

According to PRS For Music’s website, both YouTube and Facebook do have licence agreements in place with certain publishers and these licences should cover the broadcast of their repertoires of music via live streams in the UK. These licences are multi-territorial and agreed through ‘ICE’, which is a joint venture between PRS For Music and other overseas licensing agencies.  You can check whether the publisher of the music you want to play while streaming is part of this licensing agreement via PRS For Music’s online royalty flow.

In practice YouTube and Facebook both have stringent intellectual property policies that they must apply internationally due to the global nature of their platforms.  Both use automated tools, Content ID and Audible Magic, to identify, flag and block copyright-infringing videos. So, whilst YouTube and Facebook Gaming currently do have more sophisticated approaches than Twitch, the risk of having your content restricted or blocked, or your account banned, for copyright infringement remains. Streamers already established on Twitch are unlikely to change platforms, but gamers who are/were on Microsoft’s live-streaming platform Mixer (which, at the time of writing, has recently announced its forthcoming closure) may consider YouTube or Facebook’s more sophisticated copyright policies and current licensing arrangements an important factor in their decision of which platform to migrate to.

Twitch streamers, both in the UK and elsewhere, currently have quite limited options to eliminate the risk of being hit by a copyright infringement strike. However, the following are a few tips that might help.

Obtain a licence, per track or album, directly from the relevant music publisher
This is currently the only way for a streamer to play popular music and not be infringing copyright in the UK.  In reality, this may not be feasible for your average streamer wanting to play music produced by huge record labels.  It is possible to reach out to publishers by email and attempt to negotiate a licence, but it’s unlikely to be a simple task and any licence would be limited in scope.

Play royalty-free music
The second, and perhaps most appealing, option is to utilise one of several online music publishers that offer a repertoire of royalty-free music at a fixed price. Royalty-free does not mean that the music is free to use.  Instead, it means that you pay only once for the right to broadcast that music and then do not need to pay ongoing royalties for continued use. By way of just one example, Epidemic Sound offer a £10 per month subscription service, which allows unlimited access to over 30,000 tracks for a streamer’s personal use. A lot of the music on offer can be sampled in advance, they offer a free 30-day trial, and whilst it will not necessarily be music by immediately recognisable artists, the music is high quality and well-produced.

Play free public domain music
A final option is to attempt to find and utilise music that the copyright owner has stated is freely usable by the public. There are many useful tools for finding free public domain music online. For example, SoundCloud in its search tool under ‘Tracks’ has the option to filter by ‘copyright use’, including the option ‘to use commercially’. It is not clear how this is verified but using music from within this filter will drastically reduce a streamer’s probability of receiving a takedown notice.  Some producers have also started creating free public domain music particularly for gaming, see for example StreamBeats by Harris Heller, which is available on most music platforms – Spotify, Apple Music, Google Play, Amazon Music, etc – Heller offers a free Sync/Use licence available to download from his Discord for additional peace of mind.

Regardless of whether a streamer follows any or all of the above options, it would be well-advised for them to follow in the footsteps of US streamers and delete all past clips that include copyright-protected music. Takedown notices may not have been issued yet but if Twitch receives three separate notices all at once relating to one streamer’s clips, this might result in three separate strikes and a permanent ban of the account.  Whilst the risk of this happening currently remains low, it might not be worth taking any risk at all.

A relatively simple, if imperfect, solution for Twitch would be to integrate functionality like that of Discord and Spotify’s ‘Listen Along’ feature. Discord is a group messaging platform popular with gamers, but is also utilised by many other groups, societies and clubs. Their ‘Listen Along’ feature allows a user to request to listen to another user’s Spotify music in real-time so long as both parties have Spotify Premium accounts. While a streamer would not be able to broadcast their music directly to their audience through Twitch, if such a feature were to be implemented, the streamer could listen to their music on Spotify whilst Spotify Premium members of their audience could click ‘Listen Along’ and hear the streamer’s music at the same time.

Otherwise, it is now up to Twitch to agree a licence arrangement with the relevant collecting societies that covers its users, or for the licensing agencies to develop and offer licences that individual streamers can purchase at an affordable rate, perhaps depending on their average audience size. PRS For Music’s website states that it is currently in negotiations with Twitch but, for the time being, streamers should do their best to avoid playing copyright-protected music without the rights to do so.